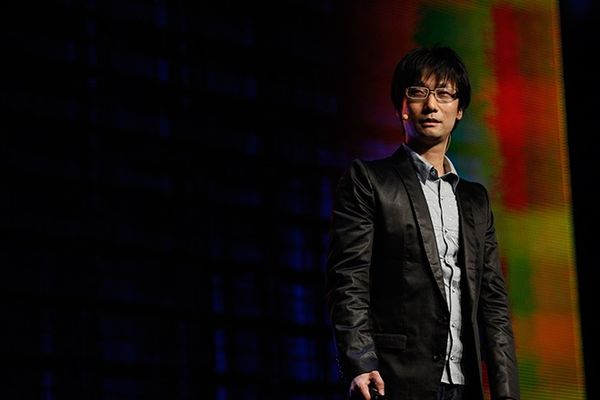 Kojima himself admits there's often a conflict between the two. "I believe that even today we can only tell a simple story without really interfering with gameplay," he said in a backstage press room at Moscone Center. "But in the future I think it will almost be a requirement of all storytellers when they create games, how they can tell a more complex story without conflicting with the gameplay."

Moments earlier, at a packed ceremony, the 45-year-old Kojima had been presented with the GDC's Lifetime Achievement Award in recognition of his work at Konami, where he has spent his entire professional career. From a commercial perspective alone, his contribution has been remarkable: The four main installments of his Metal Gear Solid series have sold some 19 million copies. "I don't plan to retire just yet," he assured the audience before ticking off the things he had yet to achieve: directing a film, writing a novel — but "most of all," he added, creating more games.

Kojima, who has been compared to everyone from Peter Jackson to Jonathan Franzen, seems intent on doing all three at once. His latest game, Metal Gear Solid 4: Guns of the Patriots, is renowned — or reviled, depending on your point of view — for including cinematic cut scenes that take the action away from the player for periods approaching a half-hour at a time.

An acknowledged film fanatic, Kojima enjoys in the game world an auteur status to rival Jean-Luc Godard's in cinema. But though he has frequently discussed his ambition of turning Metal Gear Solid into a Hollywood movie, he seems aware of the pitfalls. The deep media approach to entertainment has been embraced by much of the entertainment business, including game publishers Ubisoft and Electronic Arts. But making it work is hardly a slam-dunk: Microsoft, for example, has been noticeably silent recently about Peter Jackson's Halo project.

"It really depends on the story," Kojima said. "But I do think that stories in games are really good for creating a world. If you can create a world in games, then you can kind of move things around — you can touch or break everything in games, and that can be a really good inspiration, whether for a movie or a novel."

In the meantime, there are cut scenes. Kojima is ruefully aware of the controversy his use of them has engendered: At the mention of the term, he threw his head back and laughed out loud. Still, those sequences are there for a reason — to engage the player not just in a sensory experience but an emotional one. "It's quite a challenge for me, because making a storyline so emotional that people can really get into it involves first the camera," he said. "But when I take control of the camera, that sometimes distracts the players. So I'm really conflicted about what to do about it. I'm still working on this part."

Last summer, in an interview with Kikizo, Kojima referred to cut scenes as "an easy approach" to instilling narrative in games. His goal now is to develop something more sophisticated. "I think in the future it's not about cut scenes in terms of playing more to the emotions," he said last night. "It's more about the players feeling their emotions, and then the camera switching automatically when they're scared or they're afraid or something. That's more the future, I think.

"So I'm not thinking about making more cut scenes and trying to force people to be emotional," he continued. "I believe the game should really feel what the players are feeling and change according to that." Games that sense and respond to human emotional states? Get ready for some heavy-duty AI.