What happens when ads and entertainment meet

The UK edition of Wired launched a new Ideas Bank section with its May issue and invited me to contribute something from The Art of Immersion. Working with editor-in-chief David Rowan, the former Guardian editor who has headed the magazine since it launched in 2009, I decided to do a short take on the blur between entertainment and advertising—one of the major themes of the book. The piece is not yet available on the Wired UK Web site, but you can read it here: 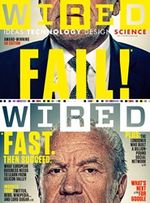 For most of its 72 years, Batman has existed as a series of comics that followed well-deﬁned rules of narrative and graphic art. It stayed within the lines. You could pick it up at will, secure in the knowledge that it wouldn’t bleed into your life. Eventually it moved to television and then to the movies, but it didn’t jump the screen—until The Dark Knight. Then, for the first time in the annals of cartoon superheroes, the rules of narrative were redrawn to bring fans into the story during the lead-up to the movie’s release.

Months before its premiere, for example, several thou­sand people who had applied online to become the Joker’s henchman received a cryptic email that led to a Web site that in turn directed them to bakeries across the US. The first person to reach each bakery received a cake with a phone number and the words “Call Me Now” written in icing. When they called, the cake itself started ringing, setting them off on an elaborate caper that ended with them helping steal a school bus to serve as the Joker’s getaway vehicle.

Continue reading "What happens when ads and entertainment meet" »