What once was 'Lost' will soon be all over TV

When Damon Lindelof and Carlton Cuse, the show-runners who kept Lost going for six seasons, negotiated an end to the series back in 2007, they did more than guarantee that it wouldn't wander aimlessly until it expired of old age, the way most successful TV shows do. They also guaranteed that a year or so after the series finale, the writers and actors who'd kept it going would get a fresh chance to rethink television. That time has now arrived, with the result that the upcoming season—just announced by the networks in the spring upfront—will have three different shows from Lost alums. And not a smoke monster or a polar bear in the bunch.

Brand empathy: How mirror neurons can reduce the gap between brand and self

Contagious Magazine, the London-based quarterly, is the most seductively gorgeous marketing publication around, and remarkably insightful in the bargain. So when production editor Emily Hare and North American editor Nick Parish said they wanted to run an essay based on The Art of Immersion's discussion of the role of empathy in advertising, I was more than happy to pull something together. This is the piece that resulted, from the current issue of Contagious: 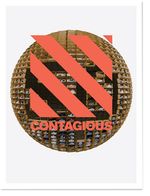 In the early 1990s, long before social networking existed on the web – almost before the web itself existed, in fact – a monkey in Italy made a wholly unexpected contribution to our future under-standing of the phenomenon of empathy. The monkey, which was part of an experiment in a neuroscience lab at the University of Parma, was watching a research assistant eat an ice cream cone. Because the scientists were trying to map the part of monkey brains involved in rehearsing things, the animal had needles in its head – needles so thin they had been implanted in individual neurons. As the lab assistant lifted the cone to his lips, one of the researchers noticed a particular neuron lighting up in the monkey’s brain – the same neuron that would have lit up if the monkey itself had made such a motion. The scientists tried putting a piece of food on a table, taking it off the table, taking it from another researcher’s hand, each time with the identical result: the same neurons that fired when the monkey did something also fired when the monkey watched a person doing it.

Continue reading "Brand empathy: How mirror neurons can reduce the gap between brand and self" »