« Immersion 101: How Punchdrunk's "Sleep No More" turns theater on its ear | Main | How Pepys Road takes you into the fictional world of Britain's coming 'Lost Decade' »

A couple of weeks ago I gave a talk at ad:tech Sydney that got written up in a blog post on MarketingDirecto.com, a Madrid-based marketing and publicity site. My Spanish is not so great, but with a little help from Google Translate I could see that their correspondent had gotten my point—that brand marketers need to stop trumpeting their message and start enlisting the consumer to spread it for them. It was the headline that threw me: “Para contar historias, las marcas deben hacer piña con el consumidor”—which Google rather unhelpfully translated as, "To tell stories, brands must make pineapple with the consumer."

So I Googled "hacer piña," which didn't provide much help until I thought to throw the word "idiom" into the search. Then I learned that "hacer piña" is a slang term that means "come together." There's even a management book called Hacer Piña that's all about the importance of teamwork. So what the headline actually said was that brands need to become one with the consumer.

I couldn't have put it better myself. But it wasn't until I got to New Zealand a couple of days later that I really began to understand what I had been talking about.

This was a trip that perfectly illustrated, in a microcosmic sort of way, the power of social media to forge human connections. I was flying to Auckland to speak as part of New Zealand Book Month—an appearance I owed to one of my readers there, the filmmaker Toa Fraser. It started back in December, when I mentioned on Twitter that I was going to be speaking in Sydney. A few minutes later I got a message from Toa, whom I didn't know, asking if I would consider giving a talk in Auckland while I was in the neighborhood. Sure, I said, if you can make it happen.

It took him a couple of months—but with the help of the Auckland Central Library, the New Zealand office of DraftFCB, and Brian Boyd of the University of Auckland, it all came together. What ensued was, for me, an object lesson in how social media can enable an author to connect with readers. 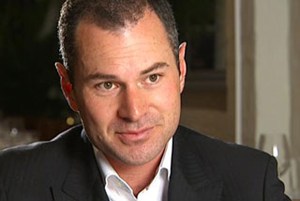 Toa is the award-winning director of Dean Spanley, a 2008 comedy/drama set in Edwardian England and starring Sam Neill and Peter O'Toole, and No. 2, a 2006 film based on his play about a Fijian family in modern-day New Zealand. Himself the UK-born son of a Fijian father and a British mother, Toa has focused as a storyteller on the cultural connections among disparate types of peo­ple—which is to say, on the human condition.

Over lunch last week at Auckland's Ponsonby Road Bistro, he explained why he'd contacted me. After Dean Spanley, he'd felt frustrated by the limitations of film but uncertain of what to do about it. When he read my book, he said, he felt it gave him permission to do what he'd been wanting to do all along—experiment with other, more immersive forms of storytelling. It changed the way he thought not only about his work but about life.

I've published several books before, but none of them ever resulted in my sitting in a café on the far side of the planet listening to someone tell me I'd changed his entire approach to life. It was certainly different in the mid-'90s, when my last book came out.

And not just for authors, either. I was reminded of a story I'd heard in London from Matt Locke, the former head of multiplatform commissioning for Channel 4 (where he worked with such shows as Big Brother and Skins) and now founder of Storythings, a consultancy focused on new ways of telling stories. (More on Storythings in a coming post.)

Matt's tale involved Richard Curtis, who—before he became famous as the co-creator of Mr. Bean and director of such films as Four Weddings and a Funeral \and Notting Hill—teamed with Rowan Atkinson to create the groundbreaking British comedy series Blackadder. This was in the early '80s, long before the advent of social media or even, in the UK at least, television ratings. In a desperate attempt to peer into the void of audience response, Curtis recalled in a recent BBC documentary, "I used to wander round Shepherd’s Bush, looking in people’s windows, particularly people in basement flats, to see whether or not anyone was watching." 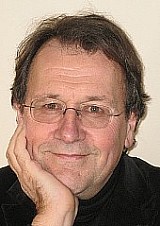 Twentieth-century mass media—television, books, what have you—were great at broadcasting ideas and entertainment, but they were notoriously bad at enabling the person who had those ideas to make contact with anyone who cared about them. Now all you need to do is keep a running search on Twitter. Not only do you not have to skulk around looking in people's windows; you'll find them standing at the door, waving you in.

The next day, I gave a talk on immersive storytelling at the library and was joined in a discussion afterwards by Toa, Brian Boyd, and the Oscar-winning Weta Digital animator Mark Sagar. This meant we were coming full circle, because just as my book had influenced Toa, Boyd's remarkably insightful On the Origin of Stories had greatly influenced me. In fact, I'd just quoted a key passage from it in my talk in Sydney about brands needing to become one with consumers:

"Energetically cheap and informationally rich"—I love that phrase. For anyone with a story to tell—authors, television producers, film directors, brand managers—social media is all about cooperative signaling. It's the home of the conspiratorial whisper.

In any case, my experience in New Zealand was hardly a one-off. No sooner was I back in New York than I flew up to Canada to speak at the Rencontres Cinématographiques de Québec—thanks to Vincent Routhier, the entrepreneur behind Québec's Saga Film, who like Toa had gotten in touch through Twitter after reading my book. Meanwhile, I saw a tweet from an ad professional in Baton Rouge who had just picked up a copy and wanted to know what I was reading. To which I replied that I was reading Sarah Bakewell's How To Live, or, A Life of Montaigne, which takes the 16th-century French essayist as a sort of model human, one whose writings have a resonance with the way we live now. Mullen's Edward Boches, who had recommended my book to the guy in Louisiana, tweeted that he was adding Bakewell's book to his reading list too. Which prompted the following response from @Sarah_Bakewell:

That's nice to hear, @edwardboches and @frankrose—thanks & hope you enjoy it!

Thanks, Sarah—I am. And by the way, if you don't mind my asking—what do you think Montaigne would make of Twitter?

A couple of weeks ago I gave a talk at ad:tech Sydney that got written up in a blog post on MarketingDirecto.com, a Madrid-based marketing and publicity site. My Spanish is not so great, but with a little help from Google Translate I could see that their correspondent had gotten my point—that brand marketers need to stop trumpeting their message and start enlisting the consumer to spread it for them. It was the headline that threw me: “Para contar historias, las marcas deben hacer piña con el consumidor”—which Google rather unhelpfully translated as, "To tell stories, brands must make pineapple with the consumer."