"Embracing Analog" at SXSW: What the growing fascination with the physical means for marketers*

For this year's SXSW, I worked with the ad agency JWT to devise a survey that would get at what seems an increasingly key question: How do we feel about items in the physical world—books, newspapers, magazines, records, mail—that are rapidly being made obsolete by their digital counterparts? A few years ago, the response in most of the wired world would probably have been, "good riddance." But in talking with people I knew in their 20s and 30s, it was becoming apparent that this wasn't their reaction at all. More and more they seemed to echo Scott Lindenbaum, the 30-year-old cofounder of SPUN, who said to me one day last year as we were talking about music, “Certain objects have memories. In 20 years, I want a token that I enjoyed this album in 2012. I’d hate to have to tell my son, ‘Here’s my hard drive.’”

Is digital supremacy really going into abeyance? Without further evidence, it was hard to say if this attitude extended beyond the reach of the L train. But JWT Intelligence, the agency's research and trendspotting unit, had just listed "Objectifying Objects"—the idea that as objects dematerialize, "people are fetishizing the physical and the tactile"—among its key trends for the year. And the surprise popularity of out-of-bounds theatrical experiences like Punchdrunk's Sleep No More certainly suggests that immersive entertainment does not have to be digital to be exciting. So I met with the director of JWT Intelligence, Ann Mack, and we decided to collaborate on a survey that would explore the issue further. For the next few months we worked with other people at the agency—in particular Marian Berelowitz, from Ann's group, and Mark Truss, JWT's director of brand intelligence—to decide what to ask and how best to proceed.

Continue reading ""Embracing Analog" at SXSW: What the growing fascination with the physical means for marketers*" »

Data dump: Unlike Facebook—or tax it?

Douglas Rushkoff's announcement earlier this week that he was quitting Facebook happened to coincide with a major New York Times story about a new French proposal to levy a tax on online data collection. The connection? Both raise an issue that's key to the future of the Internet: Who owns the data we users leave online? Us, or the companies that harvest it in return for all those free services they provide? 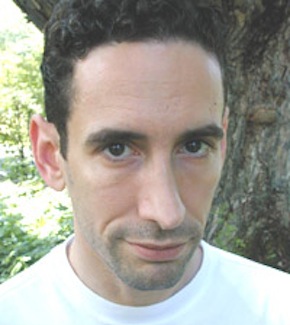 So far, the answer is obvious. But both Rush­koff and Nicolas Colin, a former entre­pre­neur who's co-author of the French tax pro­posal, are arguing in their separate ways that that's not how it ought to be.

Rushkoff is the rare thinker who is re­freshingly clear-headed at the same time that he's assertive almost to the point of com­bativeness. His latest book, Present Shock, due out March 21 from Current, argues that we've moved beyond futurism to something he calls "presentism": Caught in the rushing river of realtime, we struggle to stay afloat. In a post earlier this week, he announced that in his own attempt to do so, he was quitting Facebook

. . . because my participation on the site is simply too inconsistent with the values I espouse in my work. In my upcoming book . . . I argue—as—I always have—for engaging with technology as conscious human beings, and dispensing with tech­nologies that take that agency away.