Is it time to change how we think about audiences?

Over at Medium, Matt Locke has a fascinating post on "emerging patterns of digital attention." Taken from a talk he gave last week at London's Digital Shoreditch festival, it explores the relationship between stories and audiences—a relationship that has shifted quite a bit over the years and is shifting again now. Speaking at a Victorian assembly hall in the East End, he challenged some of the assumptions that have grown up around audiences in the past few years. For people (including myself) who like to talk about "those formerly known as the audience," the post is enlightening in surprising ways. 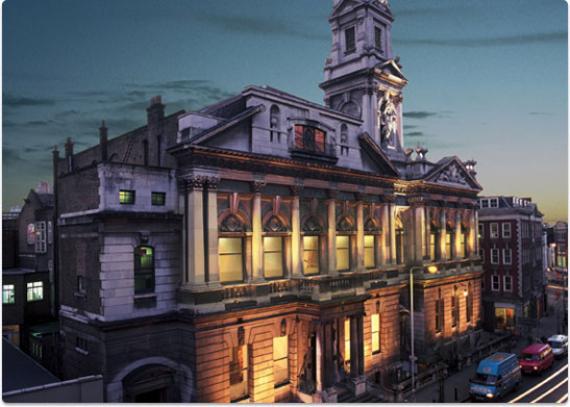 Matt is an expert at detecting and decoding new patterns of audience behavior. Formerly head of multi-platform commissioning at the UK's Channel 4, he now leads a consultancy called Storythings that focuses on developing new types of stories. (Among its projects is Pepys Road, a Web companion to John Lanchester's Capital that I blogged about last year.) Having worked both in broadcasting and in digital, he's been struck by the differing ways the two groups regarded the people they were trying to reach. To broadcasters, they were passive consumers; to the digital crowd, they were fans, users, participants, and—ultimately—data points. In fact, he came to realize,

Audiences are not passive — they make choices about what stories they want to listen to, turn up to listen (which is not a passive act), and fold the emotional impact of good stories back into their lives. Many years ago, audiences were as noisy as Twitter is now, and the call and response between the stage and the crowd was an integral part of the show. It’s only been in the last few 50 years or so that audiences have been quiet. So quiet, that they became almost invisible to the people telling the stories.

Continue reading "Is it time to change how we think about audiences?" »

How to find an audience for your indie film

It's never been easy to market an indie film—but in a blockbuster universe, getting people to care about a low-budget production devoid of stars and lacking the enormous, built-in fan base of The Dark Knight or The Hunger Games can seem all but impossible. One of the few experts at this stuff is Marc Schiller of BOND Strategy and Influence, a New York firm that's helped launch such films as the Napster doc Downloaded, Banksy's Exit Through the Gift Shop, and the forthcoming teen killer pic Violet & Daisy.

Last month, Marc—whom I've known for some time and work with on occasion—an­nounced BOND360, a marketing, strategy, and PR consultancy designed to help indie filmmakers connect directly with their fans. He calls it the "artisanal distribution" route—"partnering with a film team to craft a distribution plan that's best for them." In a recent post on the IFP blog, he laid out some groundrules that govern how this stuff works. The short answer:

Let's take them one at a time.

Continue reading "How to find an audience for your indie film" »

Now at Medium: 'The Disappearing Book'

A few weeks ago, when I was blogging about Neil Gaiman's speech at the London Book Fair, I came across his reference to These Pages Fall Like Ash, a highly unconventional experiment in storytelling by Tom Abba and Duncan Speakman of Bristol. The project Gaiman described seemed fascinating, so I got in touch with Abba, whom I'd met when I was in Bristol two years earlier to speak as part of the city's ongoing Festival of Ideas, and asked him about it. The upshot was this piece, which ran yesterday in the online publication Medium:

“Book? What’s a book?” I’ve been asking myself that a lot lately, and I keep getting different answers — but none so quirky or inventive as the one Tom Abba and Duncan Speakman have come up with in Bristol. Abba, who heads an interactive media program at the University of the West of England, and Speakman, of the Bristol art collective Circumstance, have conspired with the novelists Neil Gaiman and Nick Harkaway to construct a story that starts out as a book but then unfolds as a digital text that people read on their smartphones or tablets. It’s called These Pages Fall Like Ash, and it’s a tale of two cities — cities that exist in the same time and place without, somehow, ever bumping into each other.

The book, encased in a wooden box and sold . . . [To continue reading, please visit Medium]

I particularly liked the idea of publishing this in Medium because it too is an experiment in digital publishing. Started last fall by Ev Williams and his partners at Obvious Corp., Medium is "a collaborative publishing platform" (in Williams's words) that aims to rethink many of the conventions of online media—conventions that in many cases began with Blogger, which Williams co-founded in 1999.

Blogging back then was a rarefied activity almost unheard-of outside tech circles; by creating the first easy-to-use platform (one he later sold to Google), Williams changed that forever. But that was a couple of eons ago in Internet years. So why not take what we've learned and start over again, with the idea of getting it right? As Williams has explained, that's the idea behind Medium. In some ways it seems as far-fetched and idealistic as Blogger did 14 years ago, or Twitter after that. But hey—these guys do have a track record, right? 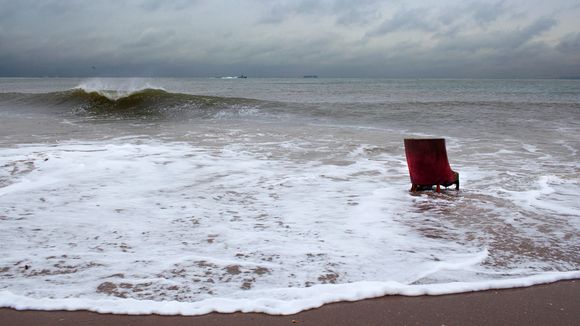 Images are powerful, stories even more so. But how do you collect them from hundreds if not thousands of people and present them in a coherent and compelling fashion—especially when you're trying to document an event that was itself so chaotic?

I was on the jury last week for the Tribeca Film Festival's "Storyscapes"—five transmedia presentations involving everything from Star Wars to insomnia to Hurricane Sandy. Curated by Ingrid Kopp, the Tribeca Film Institute's director of digital initiatives, and sponsored by Bombay Sapphire, this first-ever Tribeca transmedia competition showed several very different ways of bringing the audience into the story.