How not to get the future of media? Pay no attention to what the audience is trying to tell you

What’s missing in most of the discussions media executives have about their businesses' future? The audience. Media execs across the board—in print, television, movies, and music—worry about shrinking profit margins, unpredictable technology shifts, and the ever-present specter of piracy. All of which is entirely understandable. But too often they miss what’s most important—not technology itself, but the shift in behavior and expectations that occurs as audiences embrace some technologies and ignore others. That’s the change that’s ultimately going to matter. 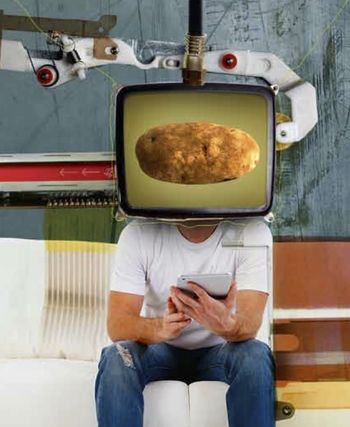 This came up last summer when Peter Passell, editor of the quarter­ly Milken Institute Review, asked me to write about disruption in the me­dia industries. When an econo­mist men­tions disruption he's usually think­ing of Joseph Schumpeter, the Aus­trian/American theorist who 70-odd years ago introduced the idea of “creative destruction”—the notion that outmoded industries and com­panies will inevitably col­lapse and die as new ones arise. This kind of thing provokes terror in the hearts of the people running con­ventional me­dia corporations, who anticipate (with considerable jus­tification) that they are going to be on the receiving end of it.

So, what should they do? Again and again, the response has been to ex­periment ineffectually while si­mul­taneously trying to hang on to once-dependable business models. Which is exactly what not to do.

Continue reading "How not to get the future of media? Pay no attention to what the audience is trying to tell you" »