High Valyrian, anyone? What the 'Game of Thrones' conlangs tell us about language and world-building

Behind the savage bloodshed, naked power lust, and epic betrayals that make HBO's Game of Thrones so enthralling to watch are the languages created for the show. The Game of Thrones conlangs—short for "constructed languages"—were developed by David Peterson, the 33-year-old linguist who co-founded the Language Creation Society, an organization based in Orange County, California, not far from Disneyland. Aside from devising Dothraki, the native tongue of the nomadic horselords of Essos, and Valyrian, the family of dialects based on the language of the lost empire of Valyria, Peterson is best known as the linguist and "alien culture consultant" for Syfy's Defiance. So far, however, nothing he's contributed has matched the use of Valyrian in the stunning scene at the finish of "And Now His Watch Is Ended" (season 3, episode 4), when Daenerys Stormborn of House Targaryen—she who hatched the fire-breathing dragons—takes command of the Unsullied, the 8,000 warrior-eunuchs of Astapor, from their slave master, Kraznys. 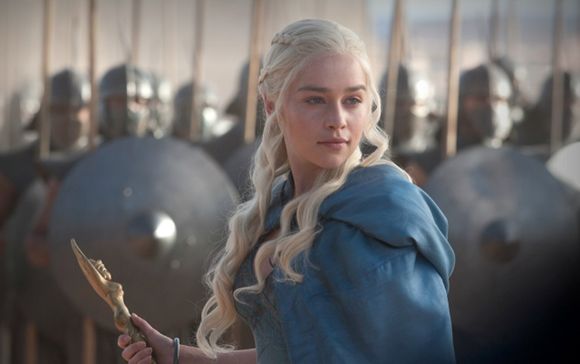 Want to try it yourself? Later this month, Peterson leads a workshop in language creation at the first annual Filmatic Festival, an exploration of the future of movies at UC San Diego, the school where he earned his masters in linguistics. Thanks to an introduction by Rebecca Webb of ArtPower!, the campus arts organization that's sponsoring the festival, I was able to put some questions to him by email. Here's what he had to say about Dothraki, Valyrian, and language in general:

Continue reading "High Valyrian, anyone? What the 'Game of Thrones' conlangs tell us about language and world-building" »