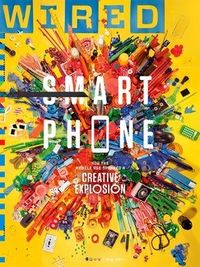 It's a counterin­tuitive argument, which is why it appears in a slot labelled Argument, and it's generated a lot of comment on Twitter, almost all of it positive. But Dan Mitchell, who has written about such issues for Fortune and other publica­tions, wanted to know how I could be claiming a "golden age" when statehouse news bureaus around the country are all but empty. It's a fair question: Newspaper ad revenues have been plummeting for years, and papers have had to cut back severely. And while there are a number of answers, the simple one is this: Journalism and newspapers are not the same.

I'm not arguing that all journalism's problems have been solved—far from it. But it's clear that there is a market for serious online reporting, a market that's now making the crucial transition to mobile. Just last month, for example, The New York Times reported that one of The New Yorker's most successful articles online was a 25,000-word report on Scientology, and added that mobile users are among the fastest-growing segments of the magazine's read­ership. This kind of thing is crucial—because where there's a market, there's a way.