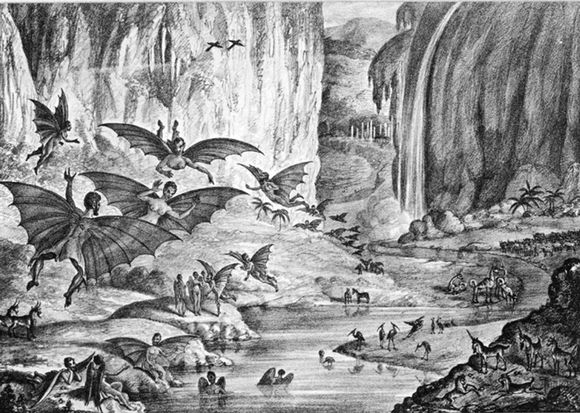 When I talk about the future of media, one of the images I use to illustrate the transition from industrial-scale, mass-circulation newspapers to what we're seeing now is this one. It's from the August 28, 1835 edition of the New York Sun, the paper that gave rise to the "penny press," the journalistic innovators that jump-started the transition to industrial-scale mass media. Steam-powered presses were now making it possible to print far more newspapers in a couple of hours than ever before. But no matter how fast you printed them, you couldn't make money selling these papers for a penny. So The Sun, founded by a 21-year-old entre­preneur, became one of the first American news­papers to hire journalists. More stories would draw more readers, the thinking went. And Day could sell those readers to advertisers, instituting the business model that news­papers have used ever since.

As The Sun's digital successors can tell you, attracting readers isn't all that easy. But then, two years after its founding, The Sun pulled off one of the greatest media coups of all time: an exclusive report on a civilization of moon-dwellers that had supposedly been discovered by the great astronomer Sir John Herschel, using a telescope so powerful it caught fire and burned up the observatory. Readers were agog. Even scientists were taken in. Not until weeks later did The Sun admit it was all a hoax.

Well, at least they didn't resort to listicles.