About the Deep Media blog 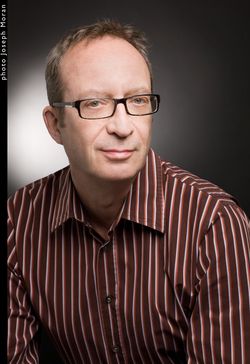 Deep Media was written and edited from 2009 to 2016 by Frank Rose, author of The Art of Immersion: How the Digital Generation Is Re­making Hollywood, Madison Avenue, and the Way We Tell Stories. Published in the US and the UK by W.W. Norton, the book is also available in French, Italian, Chinese, Japanese, and Korean. A senior fellow at the Columbia University School of the Arts, Frank is faculty director of its executive education seminar in strategic storytelling, presented in partnership with Co­lum­bia Business School. He speaks fre­quently on the fu­ture of media, marketing, and entertainment in the dig­ital age, giving key­note talks at the likes of ad:tech Sydney, Shef­field Doc/Fest, and the Film4 Innovation Forum and the Guardian's Changing Media Summit in London. He has also lectured at NYU, USC, and Stanford; spoken at com­panies ranging from Google to Lucas­film to Unilever; and participated in debates about the future of media at South by Southwest, Ars Elec­tron­ica, the Cannes Film Festival, and MIT.

Frank spent most of the previous decade as a contributing editor at Wired, writing on such topics as the making of Avatar, Samsung and the rise of the Korean techno-state, and the posthumous career of Philip K. Dick in Holly­wood. He is also the author of West of Eden: The End of Innocence at Apple Computer (Viking, 1989), a national best-seller that chronicles the power struggle between Steve Jobs and John Sculley. Named one of the ten best business books of the year by BusinessWeek, it is now available in an updated edition. Among his other books are The Agency (HarperCollins, 1995), a multi-generational saga of loyalty and betrayal in Hollywood, and Into the Heart of the Mind (Harper & Row, 1984), a national best-seller about a group of artificial intelligence researchers trying to program a computer with common sense.

Before joining Wired, Frank was a contributing writer at Fortune, where he wrote about Hollywood and the global media conglomerates that dominate it. He has also worked as a contributing writer at Premiere, covering the movie industry, and as a contributing editor at Esquire, writing about pop culture and the rise of Silicon Valley in the 1980s, and at Travel + Leisure. His work has appeared in numerous other publications as well, among them The Atlantic, New York, The New York Times and The New York Times Magazine, the Los Angeles Times, Rolling Stone, and Vanity Fair. A native of Virginia, he earned a journalism degree at Washington & Lee and started out covering the Lower Manhattan punk scene of the '70s for The Village Voice, chronicling the emergence of Patti Smith, the Ramones, and Talking Heads. 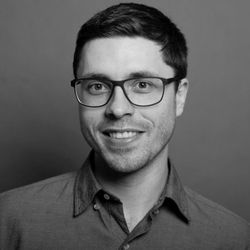 Peter Saczkowski (contributor) is an avid gamer and music fan who spent several years in operations, business development, and account management at MaxMind, a geolocation and credit-card fraud detection agency that's head­quartered in the Boston area. Earlier, while earning an MA in philosophy at Queen's Univer­sity in Ontario, he focused on issues in con­temporary moral theory, writing his thesis on moral permissi­bility, responsibility, and blame. He likes to keep up-to-date on current trends in gaming, includ­ing games and es­cap­ism, games as art, morality systems, and the impact of casual gamers on the so-called hardcore crowd.