Continue reading ". . . And the final lesson from 'Game of Thrones' is, 'Always support the bottom'" »

Engagement: Is TV finally ready for a new metric?

Late last month I got an advance look at the new IPG Media Lab, recently relocated from LA to New York and sporting all manner of flashy tech displays. Where the LA lab was essentially a connected-home display designed to show marketers how people are actually consuming media today, as opposed to five or ten years ago, the New York lab is all about future possibilities and the tech­nologies that enable them. There's GazeHawk, which uses Webcams to do eye-tracking studies. There's TruMedia's iCapture, an "audience measurement solution" that computes the age, sex, and interest level of people looking at in-store displays. Affectiva, whose "Affdex expression tracker" watches shoppers through a tiny camera tucked under the shelf and measures their emotional response to the products thereon. And then there's Trendrr—"a company we love," says Chad Stoller, the lab's managing partner.

Trendrr sifts through social media commentary to gauge the engagement level of people watching TV. This is a potentially revolutionary development—for advertisers, for viewers, for television itself. What once was 'Lost' will soon be all over TV

When Damon Lindelof and Carlton Cuse, the show-runners who kept Lost going for six seasons, negotiated an end to the series back in 2007, they did more than guarantee that it wouldn't wander aimlessly until it expired of old age, the way most successful TV shows do. They also guaranteed that a year or so after the series finale, the writers and actors who'd kept it going would get a fresh chance to rethink television. That time has now arrived, with the result that the upcoming season—just announced by the networks in the spring upfront—will have three different shows from Lost alums. And not a smoke monster or a polar bear in the bunch. The “deep media” approach to storytelling is clearly gaining momentum. At last year’s Future of Television East conference in New York, the focus was largely on streaming TV services such as Hulu—a good idea and a terrific implementation, but not what you’d call revolutionary. This year the focus was on more profound aspects of TV/Internet convergence: breadth, depth, and interactivity. On Wednesday afternoon I led a discussion called “How to Create Successful Transmedia Franchises” in which executives from rival cable networks outlined plans to present narratives simultaneously on TV and in other media—comics, Web video, online games. This was followed by a “Reinventing Advertising” panel in which executives from ESPN, Cablevision, and Google traded thoughts on such issues as addressability. But it was only when Robert Tercek, president of digital media at the Oprah Winfrey Network, gave his talk on “Televolution” that the central dilemma facing the television industry was starkly and fully expressed: How to make the leap from one-way broadcasting to two-way communication.

Things got off to a slightly rocky start when I compared the current state of affairs to my first exposure to convergent storytelling: a 1996 Fortune assignment to visit the set of Homicide, where operatives from NBC Interactive were interviewing cast members in character about the job of crime-fighting in Baltimore. "We're peeing in our pants every day,” one of the Interactive folks told me, a tad melodramatically perhaps. "It's just like the ’40s, when television was starting out live." To which one panelist, Syfy president Dave Howe, retorted that he has yet to wet himself once. Okay, point taken: Television has made tremendous strides since the mid-’90s. But it still has a ways to go, as the rest of the afternoon made clear.

Continue reading "How trans is your media? (Part 1)" »

TV watch: Will Hulu become a victim of its own success? 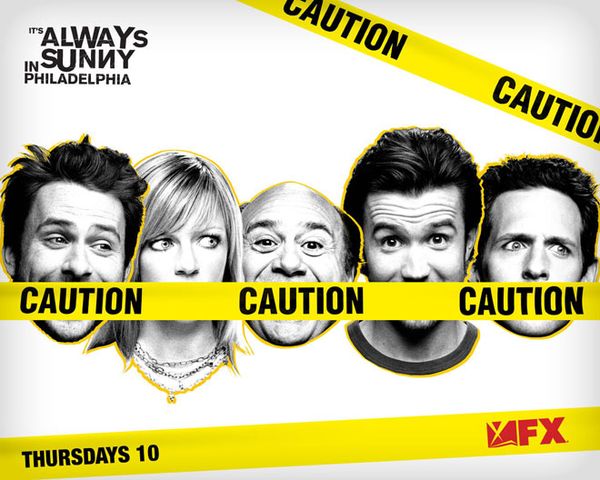 Hulu, the online TV service launched two years ago by Fox and NBC, has enjoyed incredible success with viewers — too much, it may turn out.

Two weeks ago, comScore’s report that Hulu had pulled into the top three streaming-video sites was quickly followed by news that Disney — the corporate parent of ABC and ESPN—was taking a stake in the venture. But in the long run, those two milestones could be overshadowed by a seemingly much smaller bit of news: the decision in January to pull most episodes of It’s Always Sunny in Philadelphia from the site.

Continue reading "TV watch: Will Hulu become a victim of its own success?" »

In thinking about deep media, I've been rereading McLuhan. And one thing that's struck me is how much the idea of media that's participatory—that you don't just consume but in some way help complete—is central to his thinking. What determines whether a given medium is "hot" or "cool"? Basically, it's whether that medium requires participation. Or as McLuhan put it in Understanding Media,